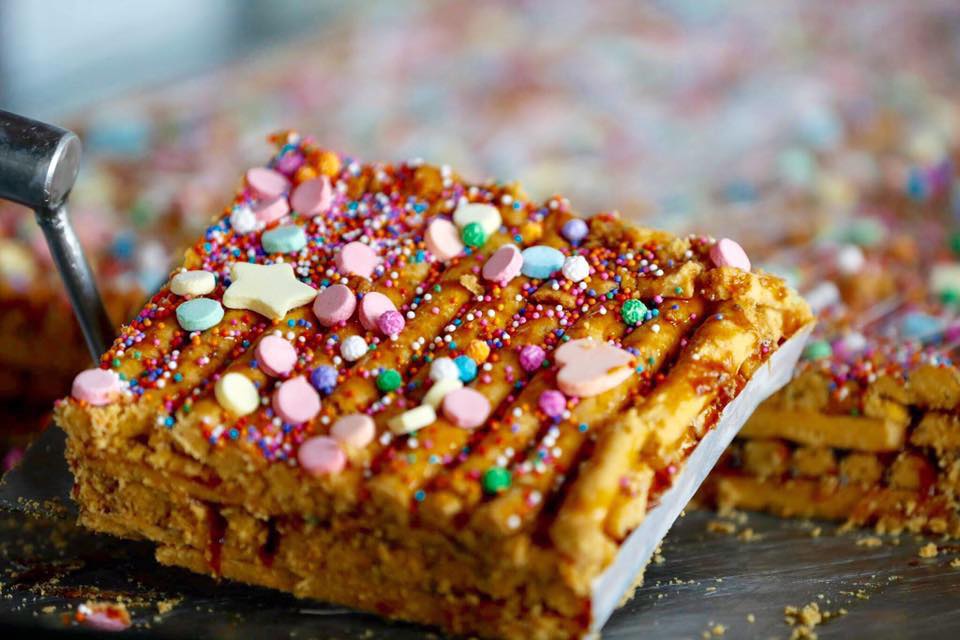 Peru• Travel Tips• What to do

October is the “mes morado” in Lima, it can be translated in English as “purple month”, and it is a holy month to celebrate the Señor de los Milagros, one of the most important religious festivals in the country. You can notice people dressed in purple as an offer to the patron during the month. A traditional sweet eaten during the Señor de Los Milagros celebration is the traditional Turrón de Doña Pepa. The turrón has become Peruvian family’s favorite treat and also travelers and expats love it.

In October the turron starts appearing in the pastry shop’s shelves, in the grocery stores, in the food stalls. It’s a sticky anise-flavored pastry, filled with “chancaca” syrup (a sort of honey) and topped with colorful candies and sprinkles. It’s a sort of eternal dessert, Peruvians love traditions!

Here a list of places where you can buy a delicious turrón de Doña Pepa if you happen to be in Peru in October.

This historic pastry shop is located very close to the Plaza San Martín, it was open in 1930 and it is a mandatory stop if you want to taste a delicious turron de Doña Pepa in Lima’s downtown. 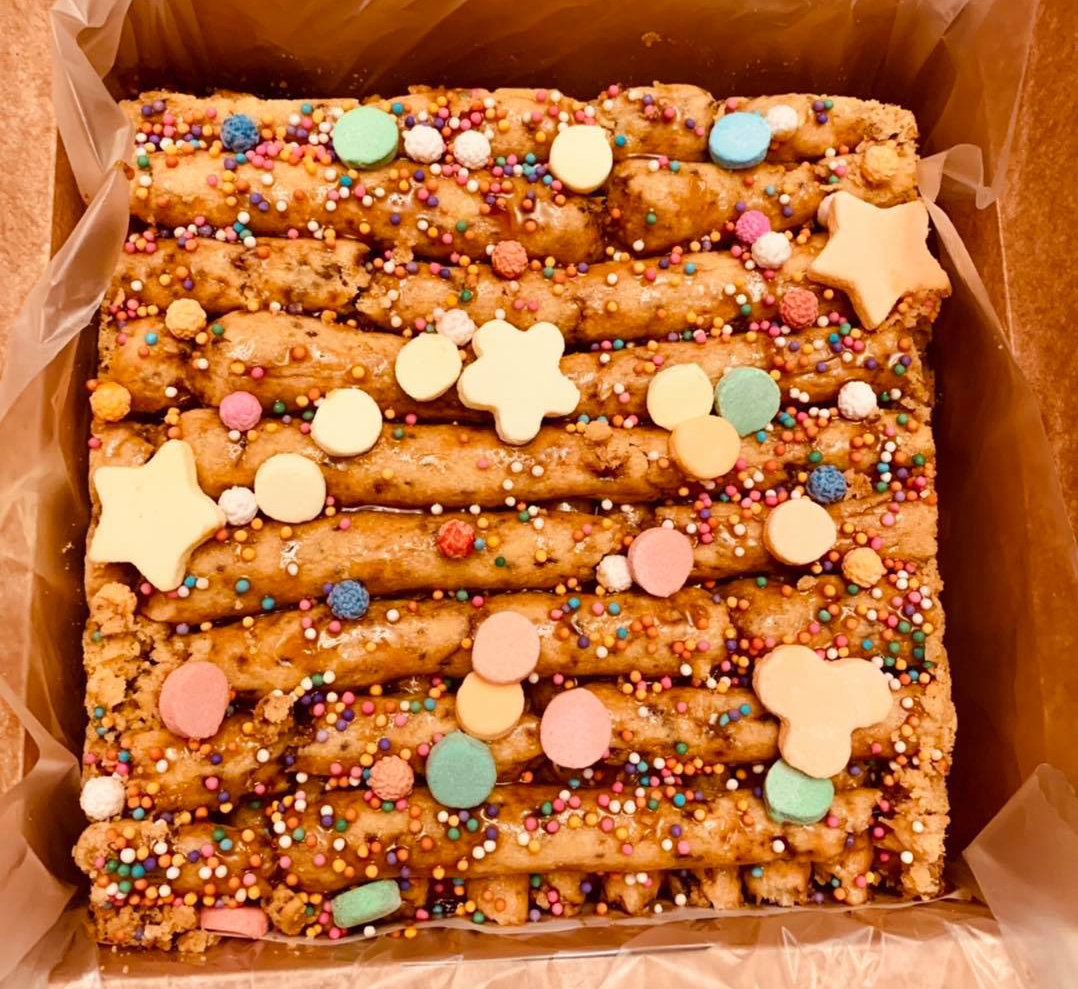 This pastry shop is also very old, it was opened 40 years ago in Magdalena district in Lima, today it also has a branch in Callao Monumental. It offers a wide variety of tasty desserts, but it is its turron de Doña Pepa the most delicious and popular dessert on its menu. 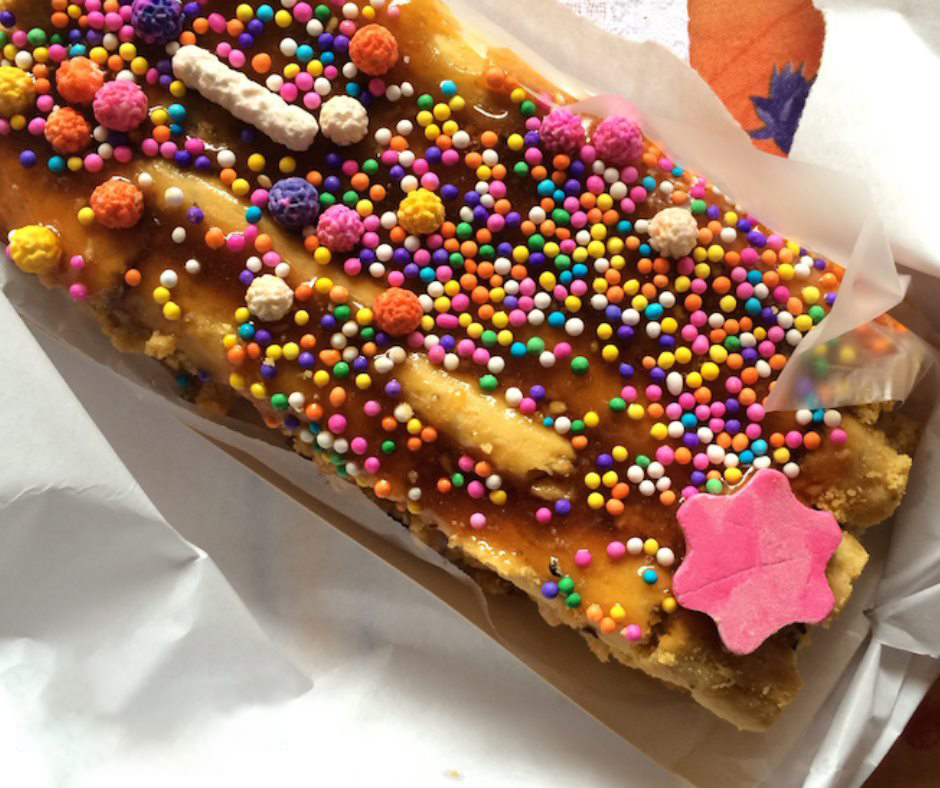 The turron de Doña Pepa of this traditional pastry shop stands out for its dough and flavor, which makes the shop a mandatory stop during the “purple month”. The place is located in Lima downtown. 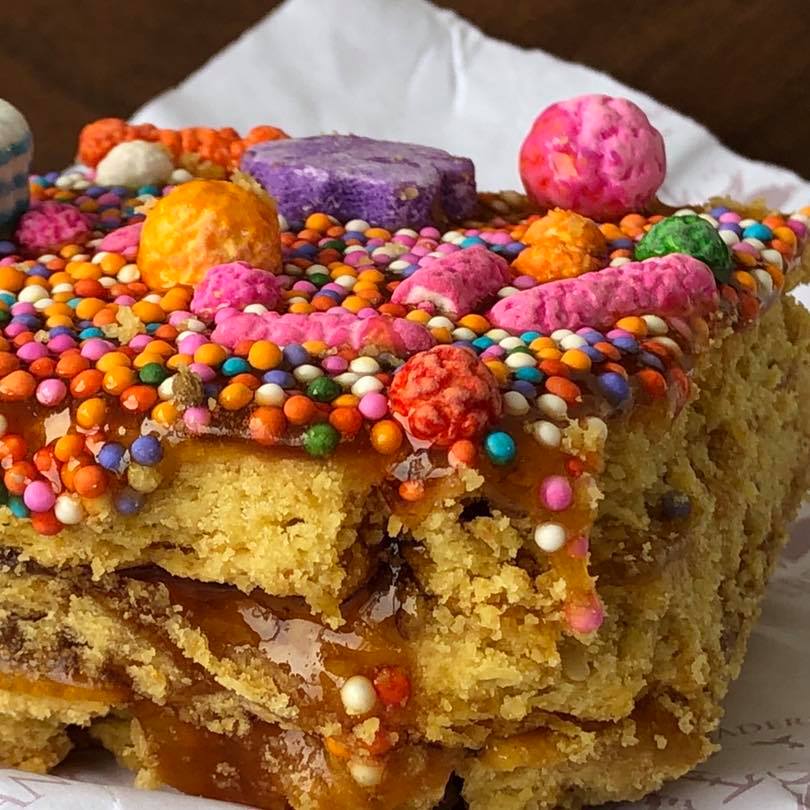 Made with fruit honey and an original recipe since 1947, this turrón de Doña Pepa is one of the most traditional in Lima downtown. 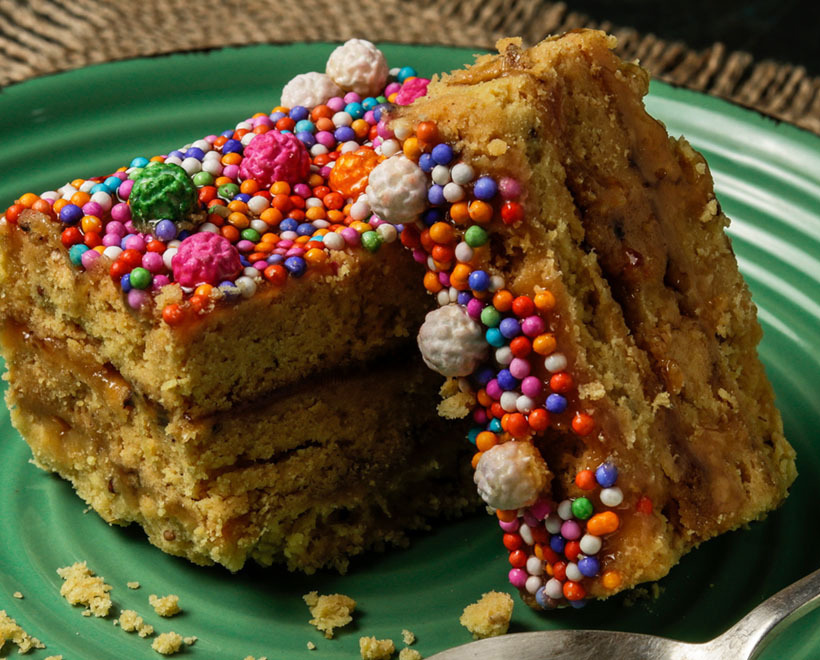 This place has become another favorite of Limeños to taste their turrón de Doña Pepa. The dough and the syrup used create a perfect combination of flavors, which will make you want to try more. You can find La Bonbonniere in several Lima’s district. 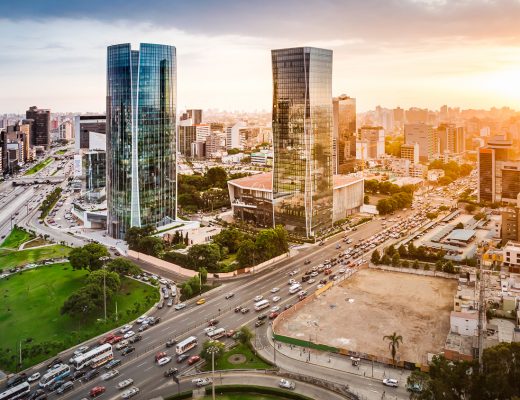 Best Places to Visit in Lima 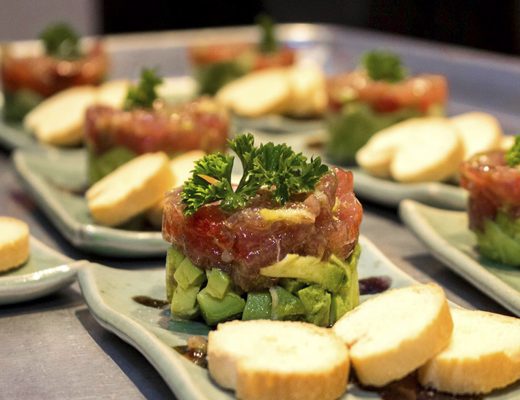 Five Restaurants You Should Hit While in Lima 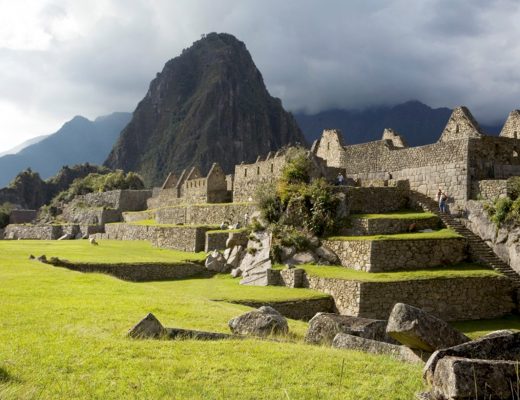 3 Spots You Should Not Miss If You Love Hiking